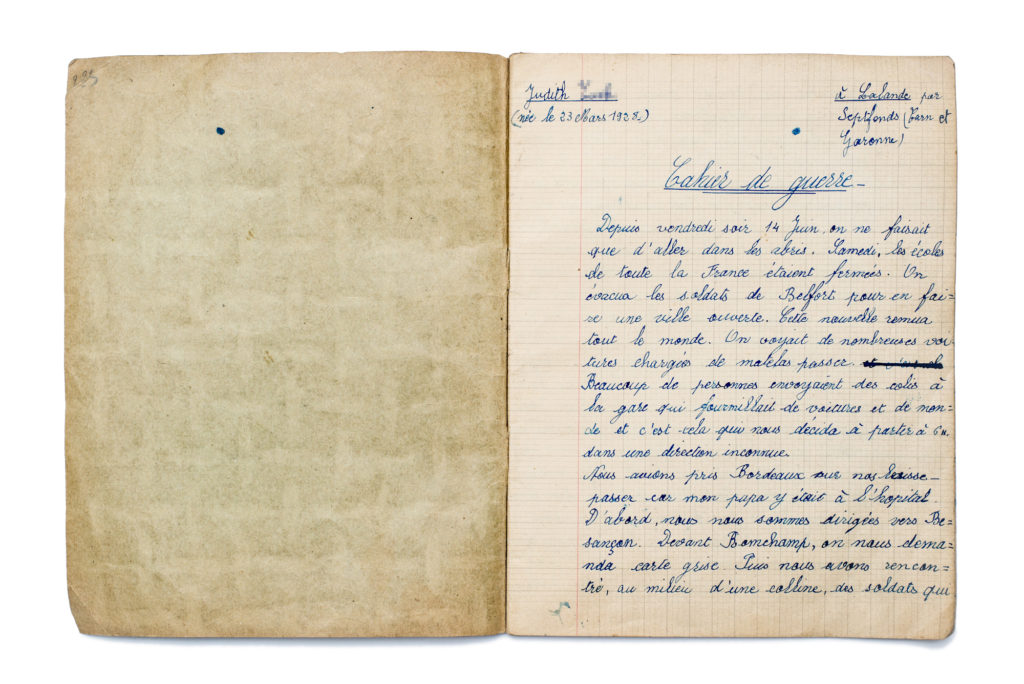 Since Friday night of June 14th, we’ve done nothing but go to the shelters. On Saturday, all the schools throughout France were closed. The soldiers were evacuated from Belfort to make it an open city. This piece of news stirred everyone. We saw many cars pass loaded with mattresses. Many people were sending parcels to the train station, which swarmed with cars and people, and that’s what made us leave at 6 a.m. towards an unknown direction.
We put Bordeaux on our passes because my dad was at the hospital. First, we headed for Besançon. In front of Ronchamp, we were asked to provide a gray card. Then, halfway up a hill, we met soldiers who were pushing a truck up that hill.